The following functions can be executed from the multiple linear genome map. 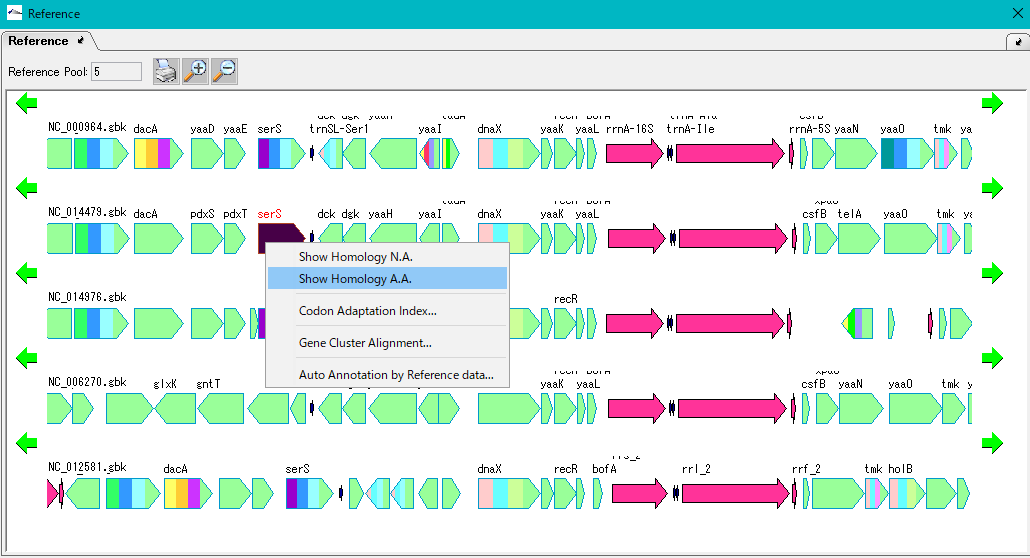