Using GenBank format files of three closely related genomic nucleotide sequences whose genes have already been identified, it is judged whether or not they are common genes among all the genes present on each genome, Draw a Venn Diagram between 2 genomes. 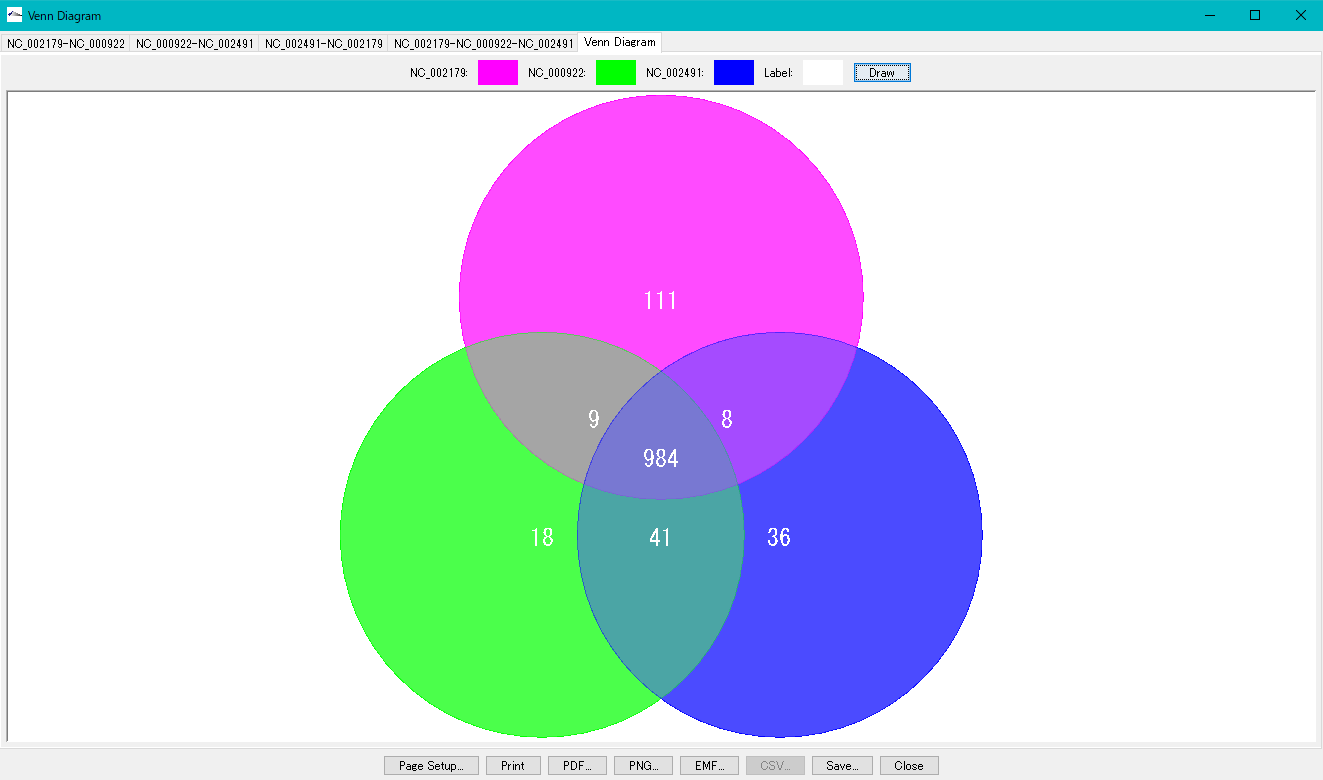 Display a list of common genes etc., output the file. 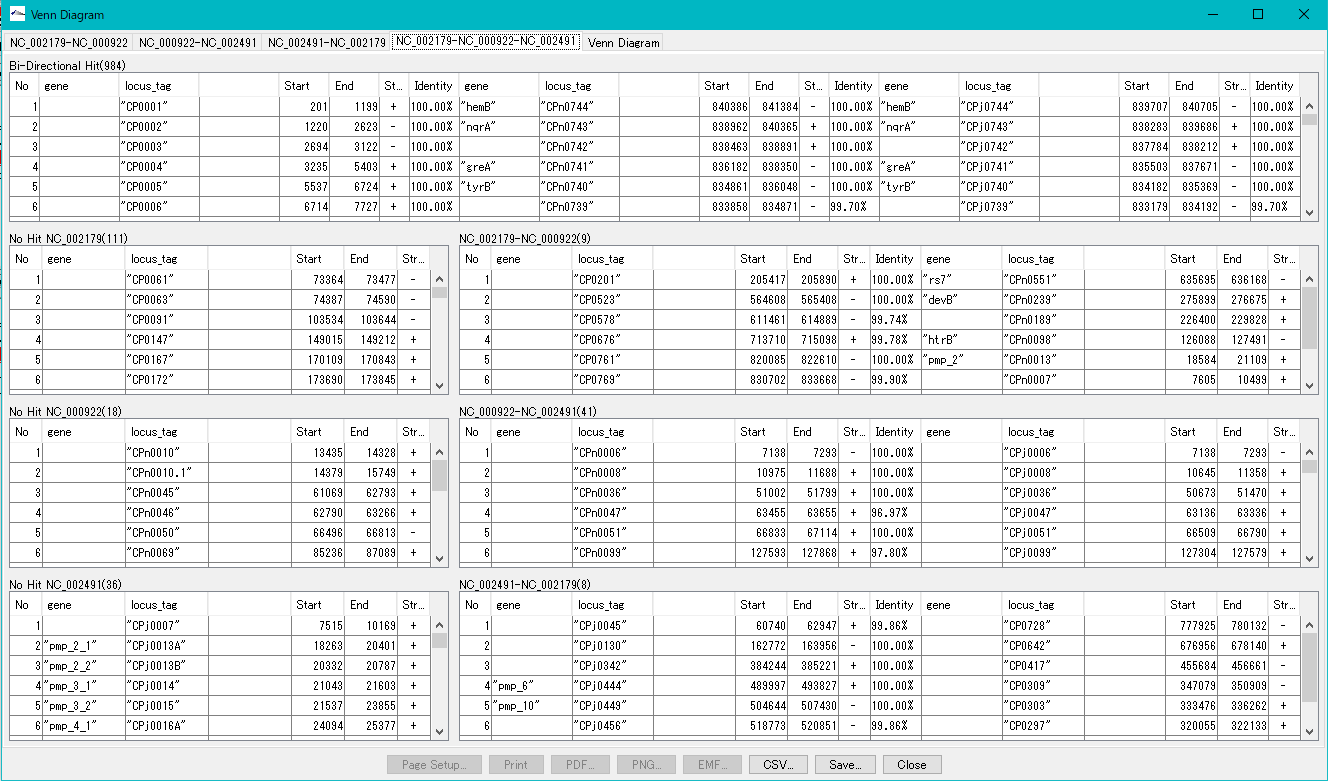 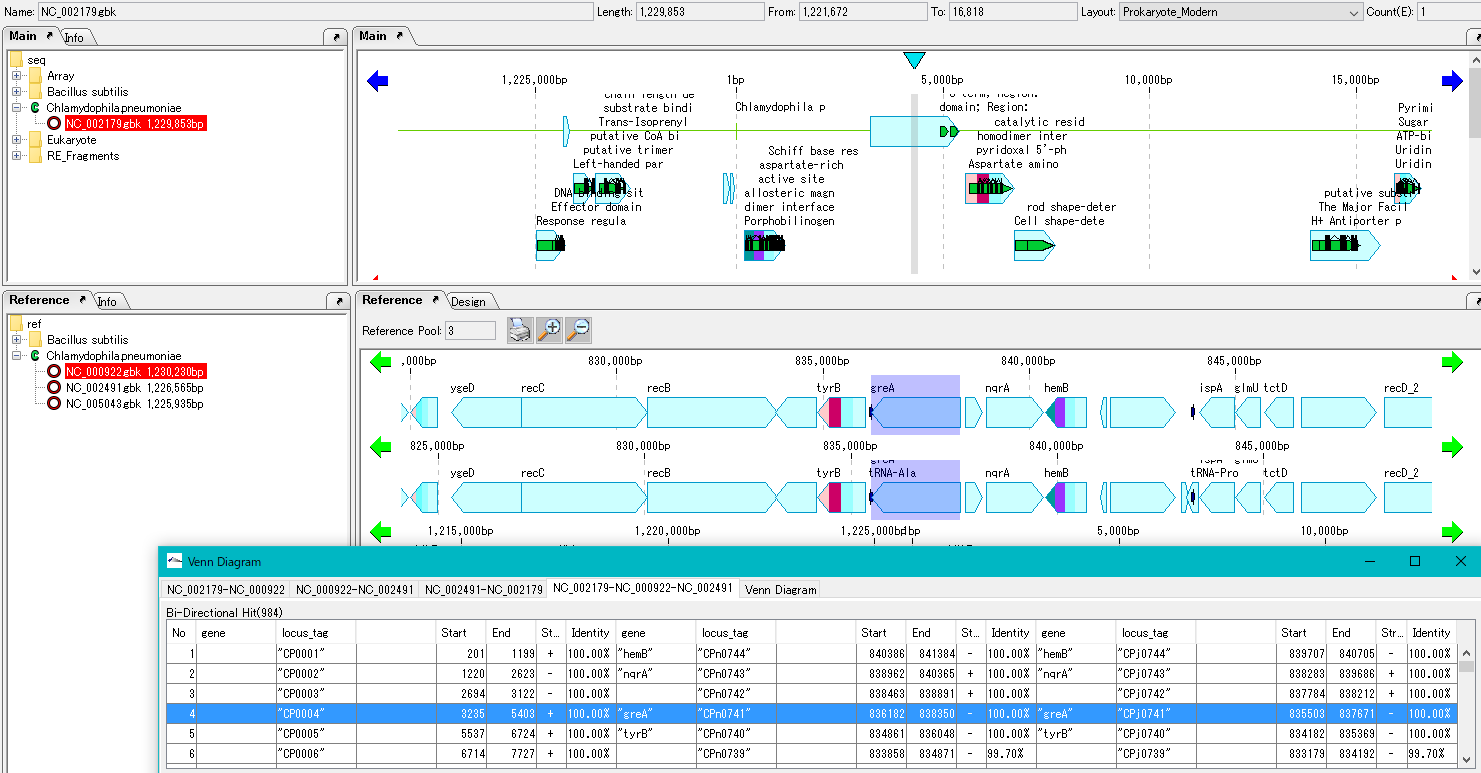 Save and Load Results